You are here: Home

Grow Your Business with Clarity and Confidence.

Live your life with fun and freedom.

Mindset Coaching supercharged with Hypnotherapy for Entrepreneurs and Business Owners

Working for yourself can be a blast. It’s the ultimate goal – you work your own schedule, you’re your own boss, and at the end of the day the profit from your hard work is all yours.

Alongside the independence comes exhaustion, overwhelm, anxiety and fear. Entrepreneurs are often struggling to juggle a business life with family life. You’re under pressure to balance budgets, impress investors and provide an exceptional service for clients. All while striving to be the partner and parent you always planned to be.

You may struggle with self-confidence and feeling stuck, while trying to appear strong on the outside. Perhaps you play it small, for fear of being visible if you really begin to shine.

Can you really have it all though?

I believe that entrepreneurs work so hard on their businesses, that they let their mental wellbeing suffer. Research shows that more than 92% of entrepreneurs mostly or completely identify themselves and their worth with their business. Their sense of identity outside of their business has been almost completely eroded! This means their relationships suffer, their physical and mental health suffer, and they leave themselves at high risk of burnout, anxiety and depression.

I am passionate about making deep, long-lasting internal change in my clients, that creates radical external results in their lives.

Which is where I come in

I provide a confidential, safe place to explore the realities of your inner world – your personal struggles, your real frustrations, you complex business challenges and people issues, as well as the daunting landscape of entrepreneurship.

Together, we discover how you can more effectively lead yourself and others.

I will help you to re-discover that you already have all you need within yourself. Confidence and courage are your birthright.

I am a qualified and registered Cognitive Hypnotherapist and NLP Master Practitioner. I developed my practice on London’s prestigious Harley Street and now work internationally online and face-to-face in North Essex and London.

Confidence and courage are your birthright.

I use the tools of hypnosis, NLP and coaching intuitively alongside therapeutic techniques such as EMDR, EFT, meditation and mindfulness. The work I do is nourished by my fascination with both neuroscience and ancient healing practices.

I use an intuitive blend of coaching and therapy so that you can continue to do the amazing work you’ve been called to do in your life to a higher level of success, while enjoying a more fulfilling personal life, improving your relationships with those you love, and having a happier family.

Transform fear into faith, self-doubt into self-confidence, feeling stuck into being in flow, and feeling like there’s never enough time and money into space, affluence and freedom.

The subconscious deals in words and pictures. Here are my latest.

A little bit about me

*The HPD is considered to be the highest hypnotherapy qualification available in the UK, and is held by only one in four hypnotherapy practitioners. It is one of the few independently accredited qualifications, and meets all the Learning Outcomes of the Complementary and Alternative Healthcare Hypnotherapy: National Occupational Standards.

What rocks my world

Victoria provided me with clarity on how to solve some important issues that I was having with my business. I recognise now how I was putting obstacles in my own way to success.
Thank you, Victoria!

Victoria is AWESOME! Every call I showed up with something different that was challenging me and every time Victoria helped me to work through it with compassion, insight and humour. Don’t miss the fantastic opportunity to work with her!

I was totally stuck when a friend recommended I call Victoria. I had been struggling with motivation to work and was unhappy with what I was producing. Victoria gently guided me through the things that were limiting me (my own beliefs!!), and helped me to establish good practices to get me back on track. 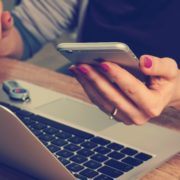 Self-belief and the entrepreneur mindset

Self-belief can sometimes seem an elusive beast, but it has the power to make or break an entrepreneur. We can be struck by moments of confidence in ourselves, only to see that confidence wither into the shadows when the spotlight is turned directly upon us. Yet believing in yourself and what you can achieve is essential to your success, and if you struggle with doing that then it’s time to figure out what to do about it – or you risk limiting your chances to succeed.

For an entrepreneur, belief in yourself is the difference between getting up and out there every day to do what needs doing to make your business a success, or being so scared of what you might get wrong that you opt to stay under the duvet instead. It’s about trusting that you know your stuff, and that you’re capable of handling whatever challenges are thrown your way. It is also about believing that you are in control of your life and what you can create within it.

Why is self-belief important to an entrepreneur?

Calculated risk-taking is something that successful business owners are experts at. To be able to trust yourself to make a decision that could be considered risky relies on your belief in your own ability to do so. Indeed, every new business venture is a risk, as the entrepreneur is entering uncharted territory. Without being able to check in with yourself, review your past accomplishments and capabilities positively and believe that you have the ability to see your idea through to fruition, you’ll procrastinate and stagnate and ideas that had potential will be filed away and forgotten.

If you’ve got a product or a service that you’re introducing to a potential client, your greatest asset in conveying the value of the product is the belief you have in it. It’s about knowing that you’ve got something great to offer and it would be selfish for you to keep it to yourself. It’s about recognising the value of your offering and not wanting to deny people to opportunity to benefit from it.

To be able to successfully sell to potential customers, an entrepreneur must have the belief in themselves to be able to connect with and influence that person or community. We read body language and micro-expressions in peoples’ faces on a subconscious level, and our internal, unconscious judging mechanisms can tell when someone isn’t fully congruent with what they’re saying. We naturally hold back in trusting someone who doesn’t appear to be confident in what they’re talking about.

A lack of self-belief is the cause of many startup failures. If you don’t have that belief in yourself, or your product, then the defence mechanisms of the subconscious mind will step in and begin to offer you a seemingly unlimited amount of excuses as to why you shouldn’t even bother trying in the first place. This is the first hurdle that many would-be business owners fall at – “I won’t be any good at it, so-and-so already does it better anyway, so I won’t even bother trying.”

Compare that to the mindset that says: “I might not get it right first time, but I believe that if I keep trying I will get there eventually,” and it’s obvious which one will lead to most promising results. When most people try but fail in business, they go back to their normal jobs. An entrepreneur, however, will keep going.

There’s no such thing as failure, only feedback

Considering the statistic that the majority of startups will fail within the first two years, a rational person could be forgiven for steering well clear and sticking to the safe day job. For this reason, you have got to have a strong belief that what you are doing is going to make a difference, or you probably shouldn’t be doing it. Many groundbreaking products were initially and consistently rejected by investors, but became successful because of the entrepreneur’s dogged belief in their creation. Dyson vacuums are a great example. James Dyson created more than 5,000 prototypes of his vacuum. When he couldn’t find an American or European company to license and manufacture his company his belief in his product compelled him to create his own manufacturing operation. Two years later his vacuum cleaners were a worldwide sensation. Houses would be a lot dirtier these days if he’d given up easily!

If you lack belief in your product or service, then you need to question why you’re investing your time and energy (and financial resources) into it. If you’ve had a few knockbacks then you might be feeling like giving up. Before you do, though, you could benefit from investigating whether your subconscious is trying to pull you back into your comfort zone to keep you from what it sees as a potential threat (failure and possible rejection – which you’ll read later the brain equates with possible death). If that’s the case, then you can recognise it as old, primitive, fearful programming, and enjoy the stretch. Of course, this is assuming you’ve done your market research, or have a great reason for believing in the viability of your offering.

The second part in this series of blogs about self-belief and the entrepreneur will help you to understand how our self-belief is nurtured or damaged, and what you can do to boost yours. Coming soon!